Lobby cards are similar to movie posters. They advertise a film’s theatrical release. Whereas a movie poster may range in size from 27 x 40” (one sheet) to a 246 x 108” (twenty four sheet), lobby card are distinctly smaller, and frequently released in sets of 6, 8, or 12. Typically measuring 11 x 14,” lobby cards usually feature a different scene from the promoted film.

In the LOBBY SERIES, abstract and text based designs are translucently painted on select lobby card reproductions. Juxtaposing icons and text over film stills produce unions of discord, and occasional harmony.

LOBBY SERIES centers on genre film, with an emphasis on science fiction and horror. Despite their commonality, each film image merges with their masking top layer to create a unique hybrid. These new composites pay oblique homage to their source material as they simultaneously represent the unfamiliar. 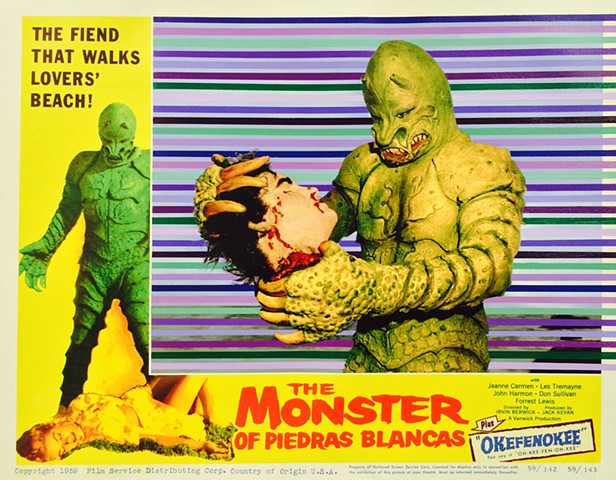 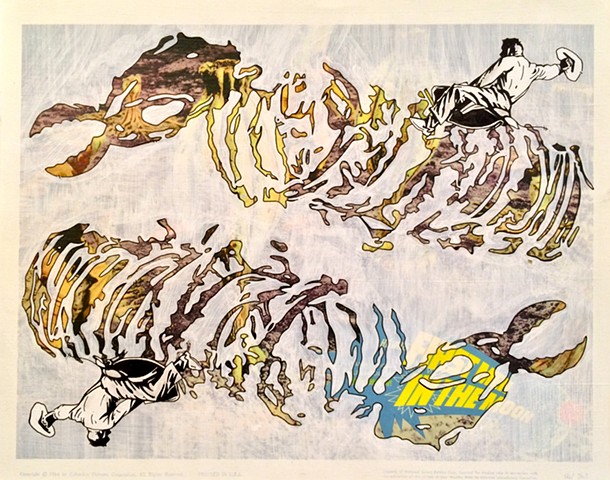 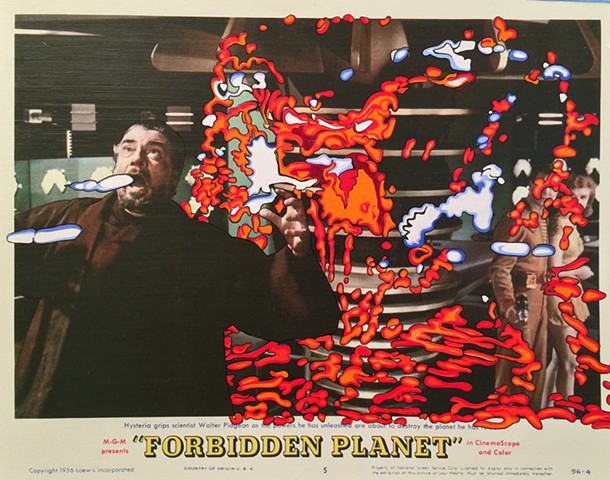 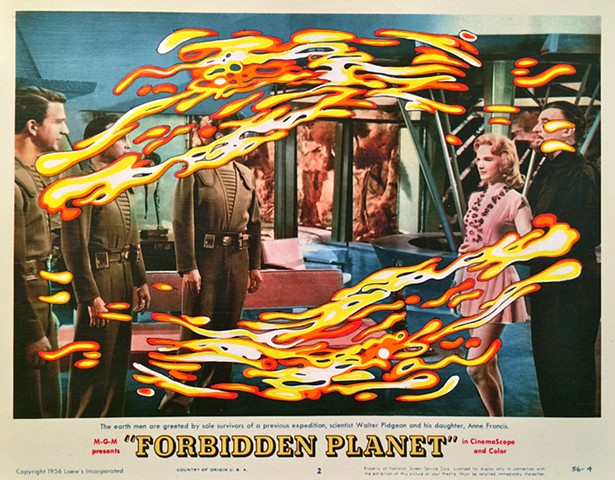 My daughter may be a tiger, but she always comes to daddy.
Acrylic and ink on paper
11 x 14" 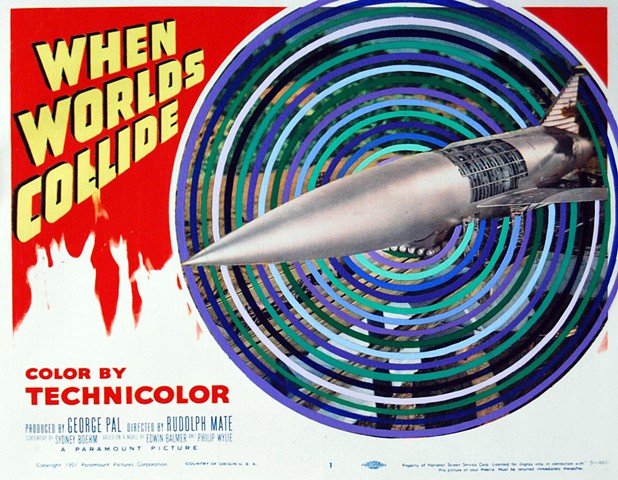 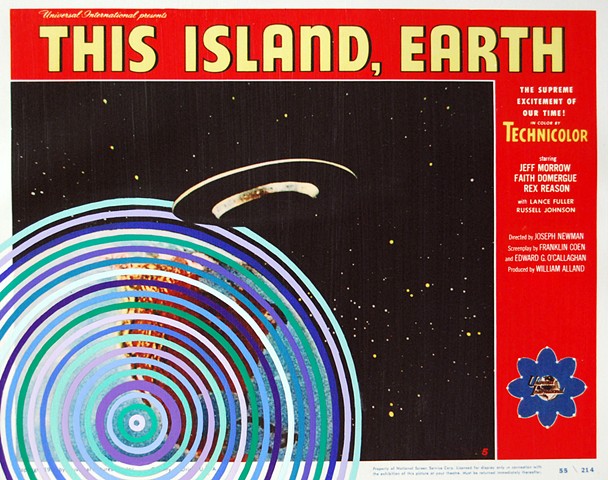 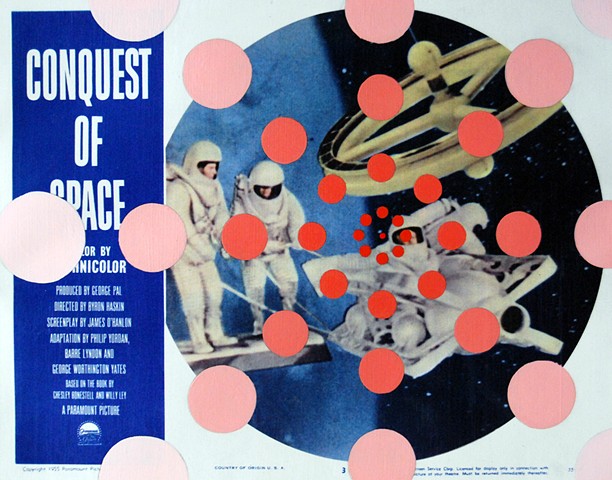 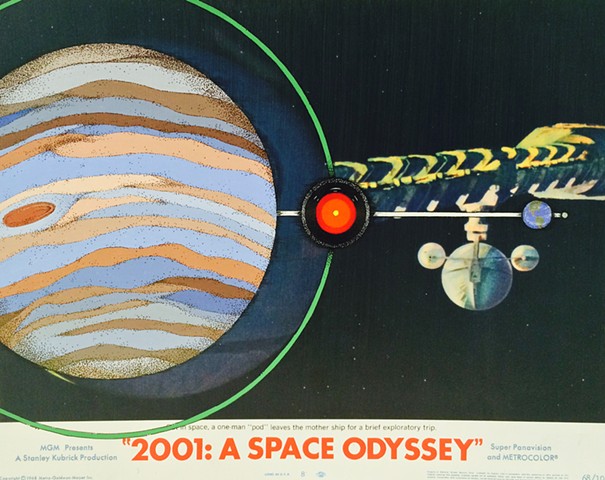 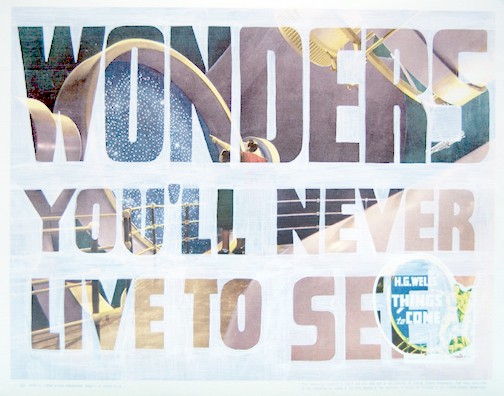 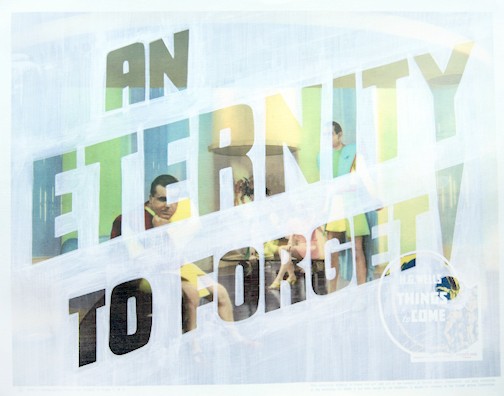 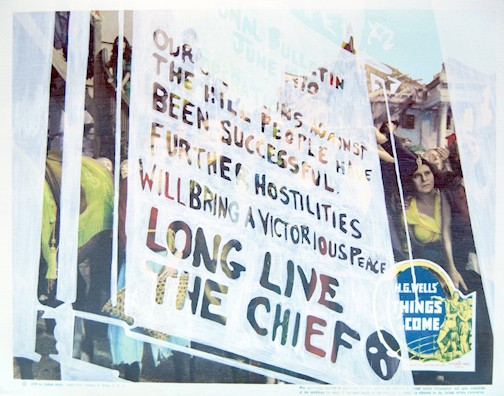 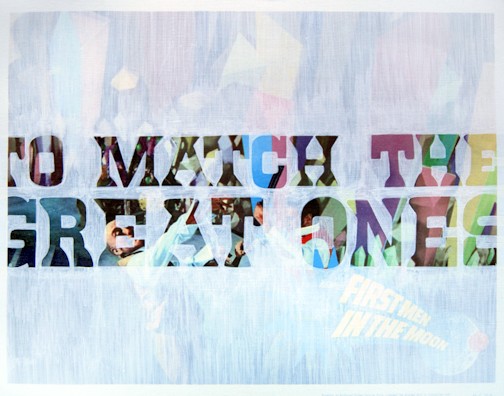 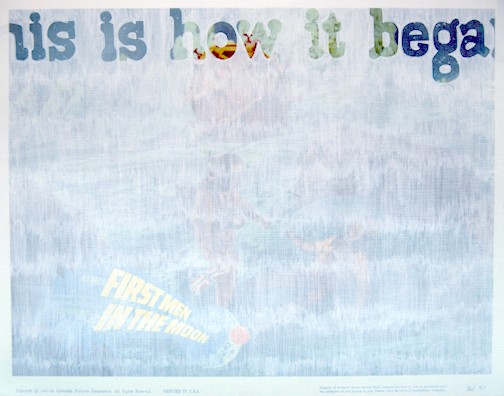 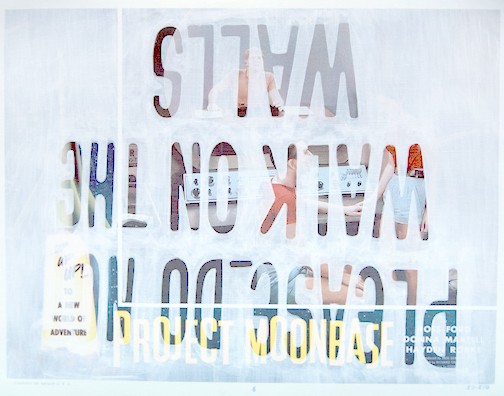 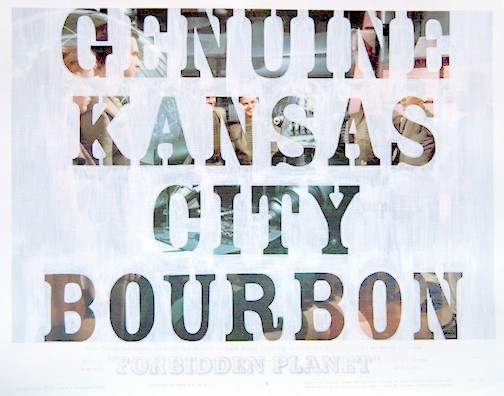 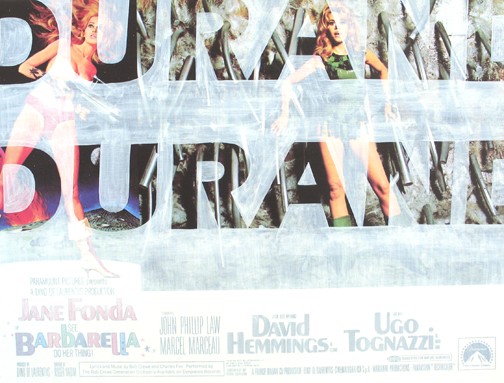 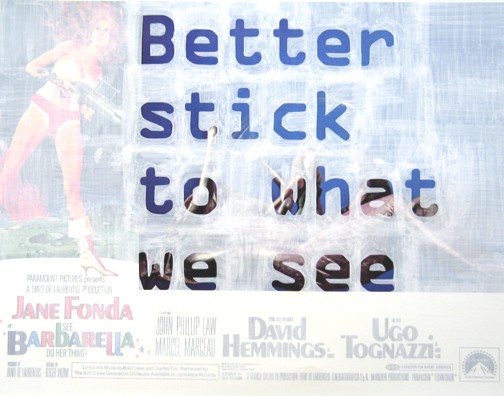 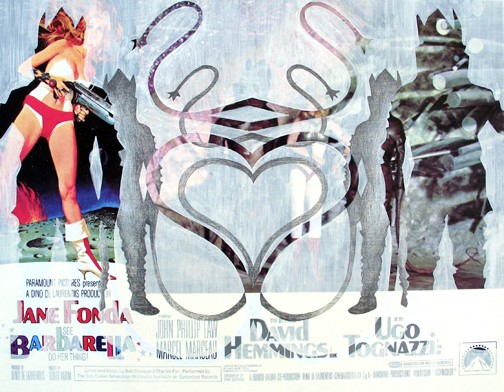 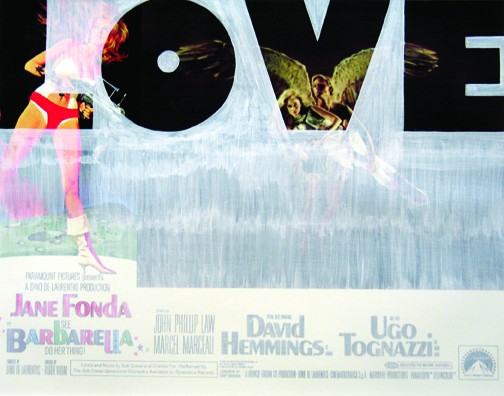 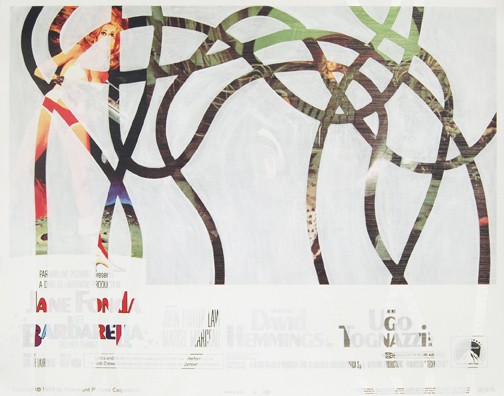 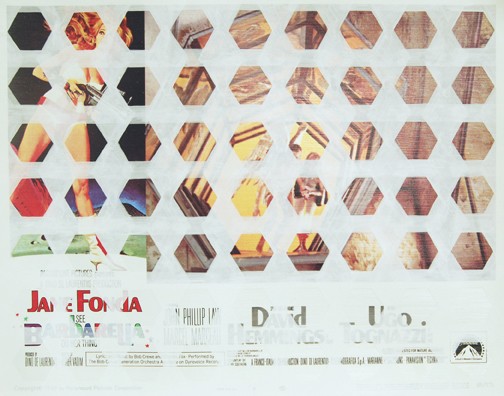 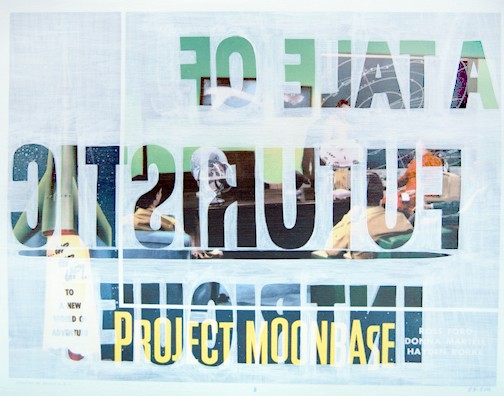 A Tale of Futuristic Intrigue!
Acrylic and ink on paper
11 x 14" 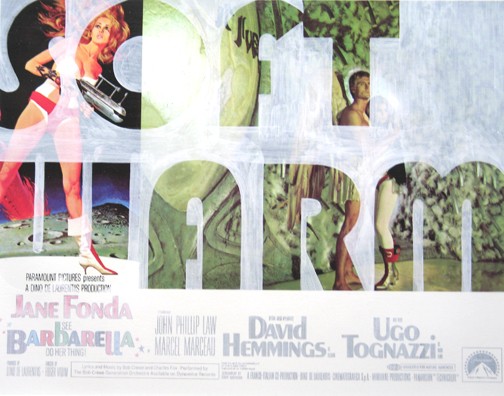 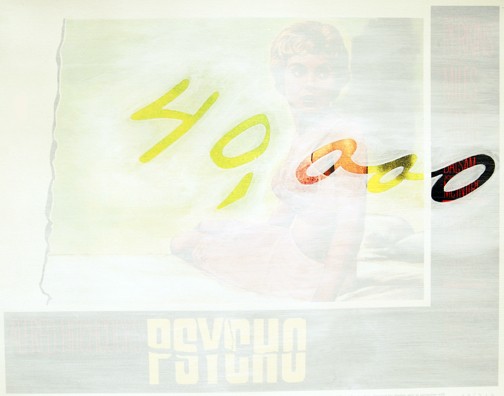 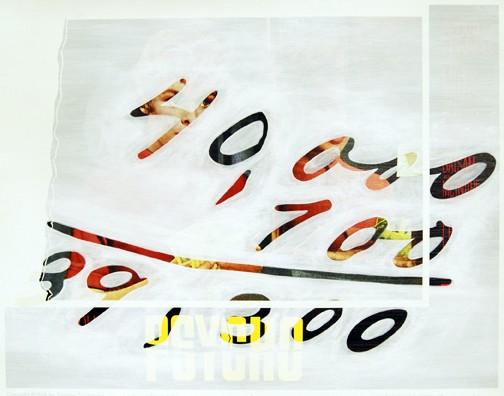